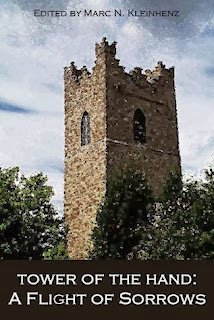 October is almost at an end, so if you haven't grabbed a copy of the print edition of A Flight of Sorrows: Collector's Edition yet, you only have today and tomorrow before it will no longer be available. Or you could enter the Collector's Edition Giveaway. Free stuff is good.

With October ending, November begins and once again it's time for NaNoWriMo! Last year I got to around 18,000 words before I caved in. It was a story influenced by George R.R. Martin (of course) but with a touch of Arthurian legend instead of British medieval history. There was a king returning from the dead to find his brother on the throne, and something about witches on an off-coast island involved. I can't really remember it all, I was just furiously writing without editing to keep the pace. It was hard. Nonetheless, I am going for it again this year. I'm not sure what I am going to do yet. I have a short story over at SFFWorld, The Bournemouth Shades which I could turn into a novel. In that way, the groundwork has been laid. I could do a novel based on my play-by-post role playing stories which also would provide me with a rather thorough groundwork (I've lifted all the posts into a Word document for easier reading and it's already a 284-page document - and there's still more to add), but these posts are based on just a small part of the entire campaign that we've been playing since 2005, and it's toward the end at that so it would be a story jumping right into the middle of an already on-going story; Erikson was able to do it with Gardens of the Moon, so there's that. Not saying I'm an Erikson, by the way. Just that I could have fun with it.

At the same time I'd love to just start from scratch with nothing much and just go with the flow, but that's what I did last year and it stopped me in my tracks before I was halfway to completing the goal. Ah, decisions. Also, why am I doing this when I barely have time to eat my lunch, dammit? Maybe you too should get your hands sweaty on a keyboard in November? What do you say, Riga? 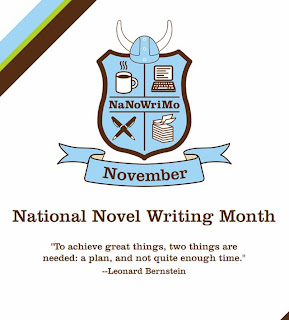 Coming up this later week: A new A Storm of Swords post with none other than Ser Jaime Lannister!

Update: A few hours later and I've been thinking and I have made a decision, forged ahead and set up a novel at NaNoWriMo's website and am ready to take the plunge again in two days' time. If only I can force myself to write a minimum of 1,666 words a day, I'll get there. It's purely for the challenge, of course, of writing a lot in a short amount of time. I am looking forward to it.
Posted by R.J. at 1:57 AM