[Spoilers and speculation for all books and future books] 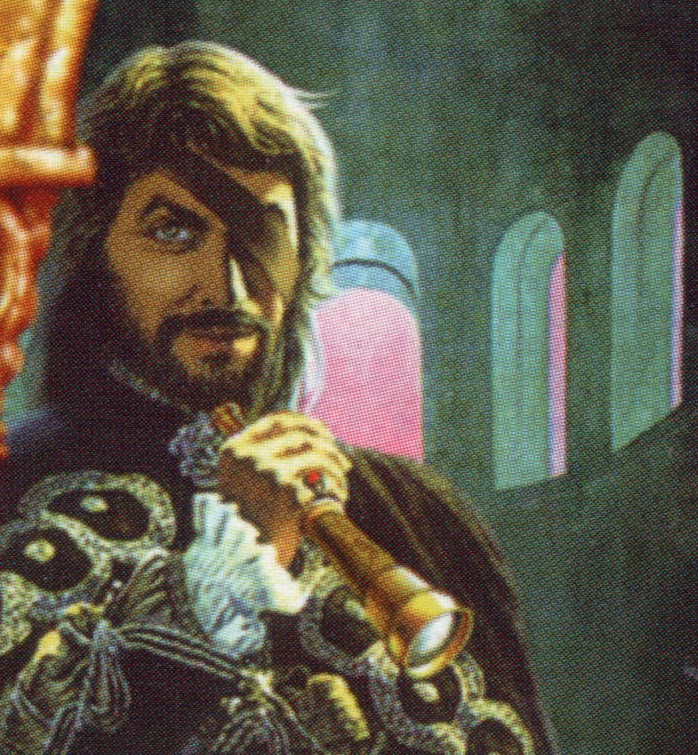 I was browsing the Internet last night when I came across someone speculating about Euron Crow's Eye's role in the rest of the story of A Song of Ice and Fire. It was a post deep within a long thread and it seemed to be ignored by most people (maybe because it was kind of off-topic, it was about the Citadel of Oldtown and the maesters rather than Euron Crow's Eye) but I found it strange that people did not jump all over it, because it made so much sense.

So I'm not taking any credit for this idea, but it was so good I'm putting it up here so I can hopefully remember it for when my re-read finally takes me to the Iron Islands and the depraved family of Theon Greyjoy.

So the idea is basically that Martin is setting up Euron Crow's Eye as a character who will hatch dragons of his own. Yes! It sounds all kinds of out there, but the text does support it. It all seems to match up, and is now one of my favorite theories for the future of the story (not that I'm a big fan of Euron or anything, I just felt like it 'clicked'; it seems that Mr. Martin is indeed setting this up) - and what clinched it for me, was that in a recent interview, Martin said that it is known that dragons can kill dragons. Yes, most people assume he is referring to his novella, The Princess and the Queen....but is he?

The fellow/fellowine who posted it goes by the name tjm335, so all honors to you. Here's what was posted:

I had a theory, which may or may not be crazy, but here it goes:
We know:
-Maesters have an obsession with eradicating dragons.
-Dragons are powerful and dangerous.
-Dragons hard hard to tame.
-Dragon Eggs are rare, valuable, and can be hatched (which specific methods work we do not yet know)
-Euron Greyjoy is obsessed with dragons
-Euron Greyjoy left his post on the Shield Islands to head to Oldtown.

We suspect:
-According to the popular opinion the faceless man Jaqen H'ghar was the Alchemist in Old Town in the prologue of book three, and thusly assumed Pate's identitiy in Sam's last chapter. Jaqen (if it is indeed him) therefore is in posession of a secret key.
-Balon Greyjoy died quite suddenly, and some suggest Euron hired a FM to take him out to pave his way to kinghood.

Okay, now that we've gotten that out of the way, heres my theory:
The Citadel has a stash of something wich they need to keep under lock and key. It is so secretive that only the Archmaesters have a key to open it. I think that their great secret is a hidden cache of dragon eggs. They have probably hunted down all the dragon eggs they could get their hands on, so they could not be hatched. Euron, through his great travels has heard tales of this, and concocts a plan to raise a fleet of dragons. To do this he contacts the greatest assassins in the land: the Faceless Men. Therefore, Jaqen will pilfer the key (as he has), stay undercover until Euron arrives, and then give him the key. The result? Euron Greyjoy owns a bunch of eggs which he may be able to actually hatch.

Sorry the post is so long, and is sort of off topic, but I think it sort of applies here. Please discuss.