[The Winds of Winter] Mercy 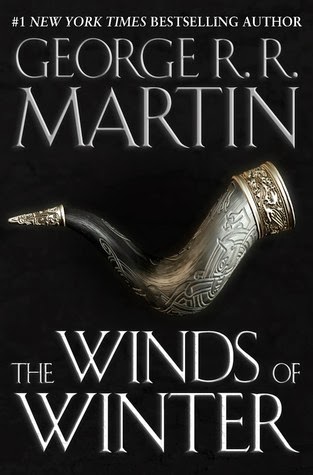 It was good to round off the day with a new chapter from The Winds of Winter last night. It was even better that this chapter, like Tyrion II which was released last week, was really good. There were a lot of interesting things in it, and as I decided to read it slowly and with eyes like a hawk, I spotted most of the things of note. The one thing I had to check online to figure out, was the identity of the Westerosi noble visiting Braavos; it was Harys Swyft, who left King's Landing in A Dance with Dragons to treat with the Iron Bank of Braavos. Looking back on the character, it's fun how he's been a part of the saga all the way and yet I had no clue last night (but then, there are quite a few characters and it's been a long while since I read the epilogue in book five - say, three years).

Anyway, Arya is wearing faces (it is quite evident that Mercy's personality is shining through in the way Arya thinks and acts which are not like her at all - brilliantly written), playing her sister in a play, and there's this little nugget of a shout-out to her siblings tucked in there ("bloody paste" referring to Bran, "crown" referring to Robb); there's the satisfaction of having Arya tick one enemy off her list (and said enemy being his usual self); there are small possible foreshadowings (she says she'd like to see a dragon, wistfully; but is that Mercedene, or Arya speaking?); we meet Izembaro, the King of Mummers, bringing to mind that there might be a connection between Varys and the Faceless Men; there's some delightfully disgusting and disturbing text, Martin-style, an ambiguous ending (though I am quite confident Arya will continue to serve the Kindly Man - wearing Mercedene's face and being involved with mummers is part of her training), a suitable grotesque and sinister murder, and, as always, some delightfully amoral characters and allusions. There's also a pace set in the chapter that keeps me glued, the way it should be when reading A Song of Ice and Fire. Boy, am I getting my hopes up.  The whole chapter, by the way, is in subtext because Arya's and Mercene's characters have merged, making it doubly good. I think I want to read it again soon.

One thing that surprises me is that, even though this might be the oldest chapter in The Winds of Winter (George wrote it many years ago, it seems), there are still a few typos in there. Took me a while to realize, too, that the underlined sentences are thoughts, which will probably be in italics when the whole book gets printed.

We're left with the Big Question. Does this sudden mad...eruption of sample chapters - I mean, two in a week, when the heck did that ever happen - mean that The Winds of Winter is close to completion, or that it is still a long way off? I'm betting on the latter. And hoping for the former. Of course. There are arguments both ways. He's building up hype for his book; or is he building up hype for Game of Thrones 4. But does that show need anymore hype? There's always more money to be made. The chapters released are all old and hoary; he hasn't anything new to give us, so the book is late; No, the book is nearly finished but he chooses early chapters in the book that don't spoil too much. Whatever argument you decide to like, the Big Question remains a question until an announcement is made. And, according to the Internet, there is an announcement being prepared for the public in two days. Still betting on Wild Cards. I refuse to get my hopes up again and again and again. And again.

Favorite line in the book (I'm sure I wasn't the only one to voice a quiet or loud "Yes!" and pump a fist gently in the air - gently because the lady was sleeping next to me):