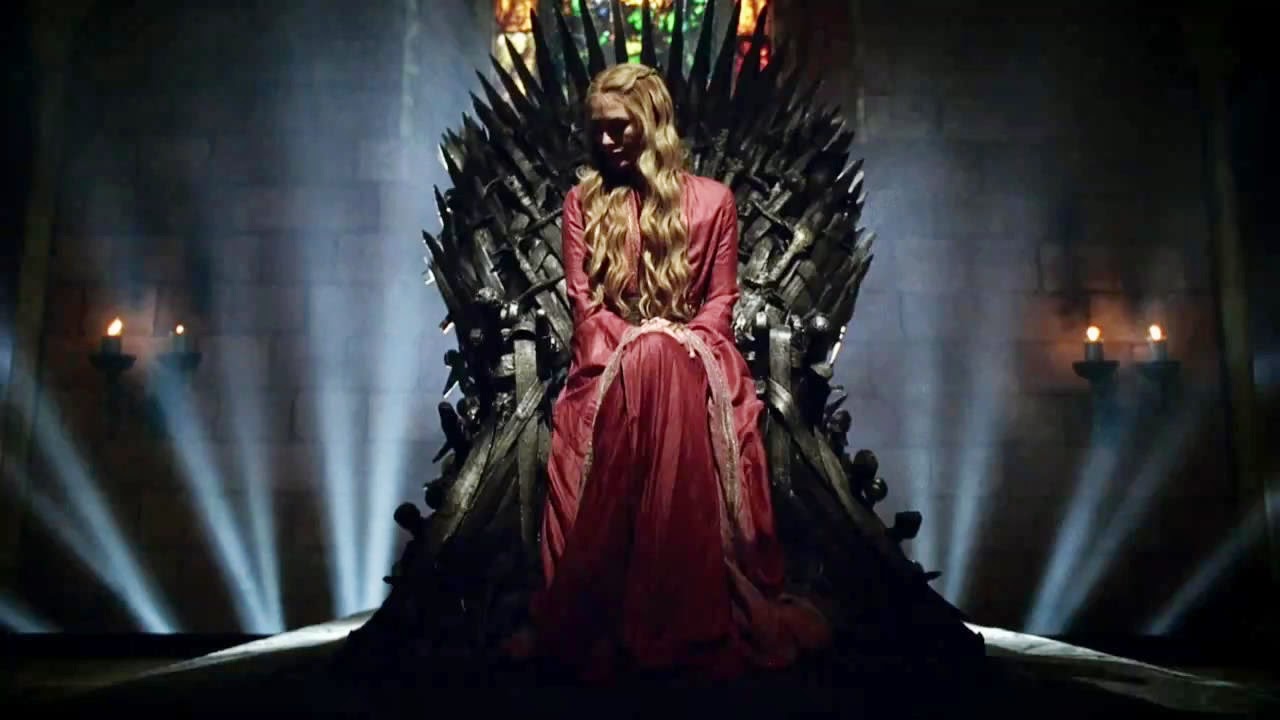 Night gathers, and so we begin to watch season four...

Aaaand we're back in the swing of things with HBO. I have a feeling the show will run just as strong this year as last year, despite some misgivings about people losing interest with the Red Wedding. I don't understand how people can lose interest after such an event - isn't it intriguing with a story where such a scene can happen? Don't people want to know the fallout? Such events tend to generate new plot developments, not stop the story (ahem) dead. So I'm hopeful that most people do want to see what will happen to those who still are around - because most characters from season three are still alive. Still.

Well, the ratings will tell.

With all the hype that's been building over the last couple of months, it was almost a shock that "Two Swords" is, after all, the episode of a TV show. Lots of scenes of people talking to each other, with a big brawl at the end; still, already now it's easy to see that the production values are raised again, what with the excellent CGI Drogon, or the shot of Daenerys and Missandei walking through seemingly endless rows of Unsullied.

That's two Daenerys examples, but her scenes were by far the weakest in this episode. The scene with New-Daario and Grey Worm felt awkward, or out of place in this story, I know they want a lighter tone in between all the grit (and seeing this story on screen does remind me of how dark this story really is, perhaps especially Arya's story line), but this one just didn't work for me.

The episode as presented really spawned the same feelings in me as all Game of Thrones episodes seem to do on the first watch: the book fanatic in me finds all the changes dissonant and distracting, and gets all happy with rose-colored cheeks when lines or scenes are lifted straight from the novel. Again, these are better than the newly created material, and no, I don't believe this is because I'm a fan of the books. I think Martin's work is already so well suited for the screen that they, in my opinion, don't have to change it too much.

Case in point: The arrival of Prince Oberyn of Dorne. I was very happy they kept in Pod's recital of the House banners as the Dornish entourage nears King's Landing, but at the same time they really skimped on the scenery - where's Tyrion's entourage? It feels and looks weird to have him, Pod, and Bronn stand there all by themselves. I miss the dialogue between Tyrion and Oberyn as they move toward the city walls, too. They didn't even have Oberyn be part of the entourage. I get that they want to show off his character, but I'd rather have extended the meeting and have Tyrion and Oberyn have a chat, then they could have worked in the brothel scene later in the episode (they could've trimmed some of the other scenes to make it fit). It's such a vital encounter in the books. They did get Oberyn's character across, and while I'm not vowed by the actor yet (I notice the Internet is full of praise for his part in the episode), I am slightly disappointed with the Dornish, so far. I do know I tend to like the show better on a re-watch or three, though, when the glaring changes have settled in my mind. Heck, I almost stopped watching during the second season and now I find those episodes really good.

The episode's opening scene is rather brilliant, though. Without dialogue, we watch as Tywin has Ned Stark's greatsword Ice reforged into two smaller blades, with the music subtly going from the Winterfell / Stark-theme to The Rains of Castemere, which one could just as well consider the Lannister-theme. The scene reminded me of Conan the Barbarian, only with fewer oversized Austrians with a funny accent. I do wonder how many casual viewers understand the symbolism here, and the fact that the sword being reforged is in fact Ned's sword. I suppose the reminder scenes before the episode proper helped in that regard.

Then it's the good old way-too-long intro, with the fast-becoming-classic main theme playing, and some new areas on the map.

Wisely, after the intro, they go straight into the next scene with Tywin, and the blades finished. Ser Jaime Lannister is played perfectly again, though I miss his longer hair. The scene between father and first-born is well acted and the lines are generally good. Jaime's old personality is still there, but he's changed as well. Tywin wants to send Jaime back home to Casterly Rock, which we still haven't seen in the show or the books, it's always just mentioned. The Kingsguard-talk probably flies over many viewers' heads, but I believe they handle the information flow rather well, and this goes on throughout the episode, by having several characters give the viewers a repeat of what happened to them in the previous season. Sansa's scenes are great, wonderful actress and given enough room to breathe and get across her sorrow (and reminding viewers of the one thing I suppose nobody forgets happened last season); Dontos is well played too. 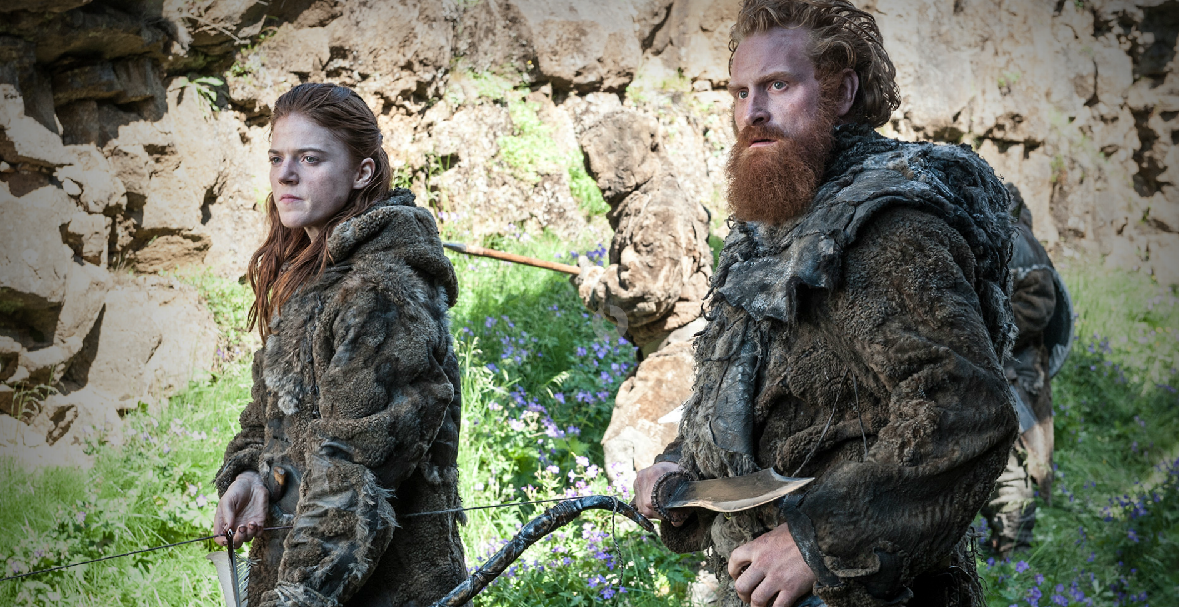 The scene between Brienne and Margaery I really didn't care for because it rang so hollow, so obviously put in there kind of, but it was short so I'll let it slide. Shae remains a bit annoying, the Hound and Arya were pretty much perfect.

And now we know why Martin pushed out that Mercy teaser chapter...Get writing, George! There's bits from The Winds of Winter in season four already!

So, after the first view, I'm both loving it and being annoyed by it, but I think it's the best opening episode so far (those not-looking-like-Others-at-all White Walkers in 1.1. Winter is Coming really hurt my opinion of that episode).

And in just one week we'll have the next episode. I like these Short Waits to break up the Long Waits. Favorite scene in this episode? Not quite sure, to be honest. I think most of the scenes were generally on the same level of goodness. Well, actually Jon Snow's scene was rather good, and Ygritte's too, although the Thenns were a bit over the top. I mean, isn't there enough of the macabre in this series already? Now they are threatening to have the Night's Watch eaten? Shudder.

Wait. Favorite scene is maybe the Jaime scene where he gets his golden hand. There's this little moment where he waves at Cersei and Qyburn, that had me laughing.

Oh, and did Sandor Clegane's burn wounds change drastically over the seasons? Seems as if the makeup isn't as dark and, uhm, "fleshy" anymore, and that the "burnt eyelid" is drooping more. Maybe it's just me.