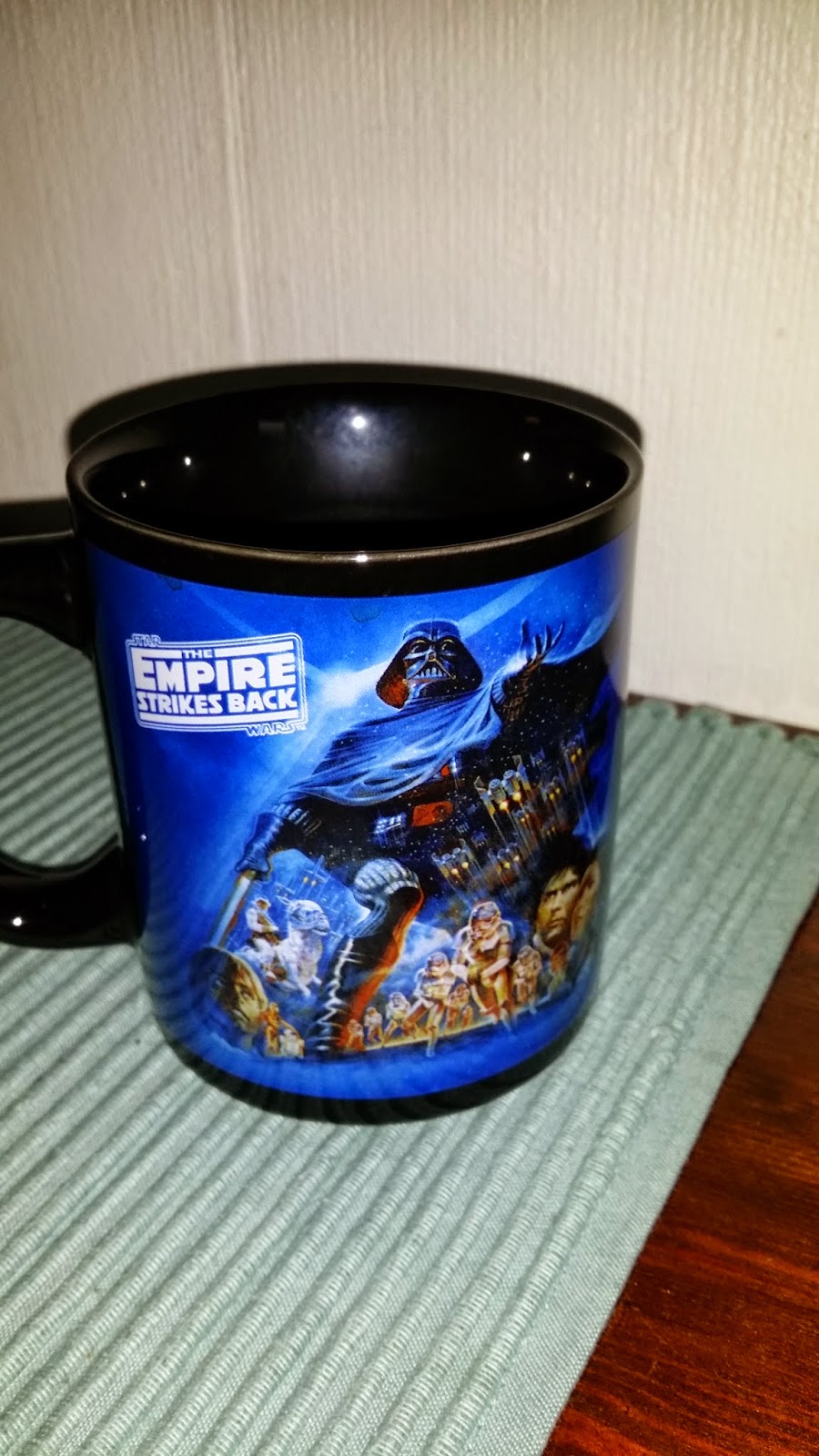 Wow, time flies when you are thrown back into daily routines with work and all. I have barely had the time to give our beloved saga of ice and fire thought, though I have followed the latest buzz, which includes the Q&A editor Anne Groell did, revealing that we should probably not be holding our breaths just yet for The Winds of Winter, and the expectations for the next episode of Game of Thrones, for which we had to endure a whole two weeks worth of waiting.

Fortunately, even in dry spell weeks like this one has been, I keep stuff around to at least feel like I'm a geek, such as the endless cups of coffee drunk from my precious House Targaryen and The Empire Strikes Back mugs. Yay.

I've been thinking more about Star Wars VII to be honest, as you can read in a few new posts at my "sister blog" (Sooo, a twin sister...) The Dark Legacy.

What else of geekery has occured this week? Not much, really. I'm almost through Brian Staveley's debut novel The Emperor's Blades and will give it a review when done; I've actually been pried away from the computer several nights in a row to watch regular movies (I had almost forgotten they existed!) - so I've been able to watch a few movies I've "always" wanted to see but never found the time for, such as Cloud Atlas (I liked it but wasn't floored; a solid 8/10) and No Country for Old Men (I liked it and was suitably impressed by the acting and the visuals; a weak 9/10) - and, I've played about ten minutes of Baldur's Gate: Extended Edition.

But tomorrow! Tomorrow it's Sunday and that means, for me at least, that a new episode of Game of Thrones is soon to drop and I can already feel that splendid mix of curiosity and anxiety awaken as I wonder how they will display the trial by combat in King's Landing, and if it will live up to the scene as described in that most excellent tome of lore, A Storm of Swords. Until then, have a great geekend.
Posted by R.J. at 12:51 PM