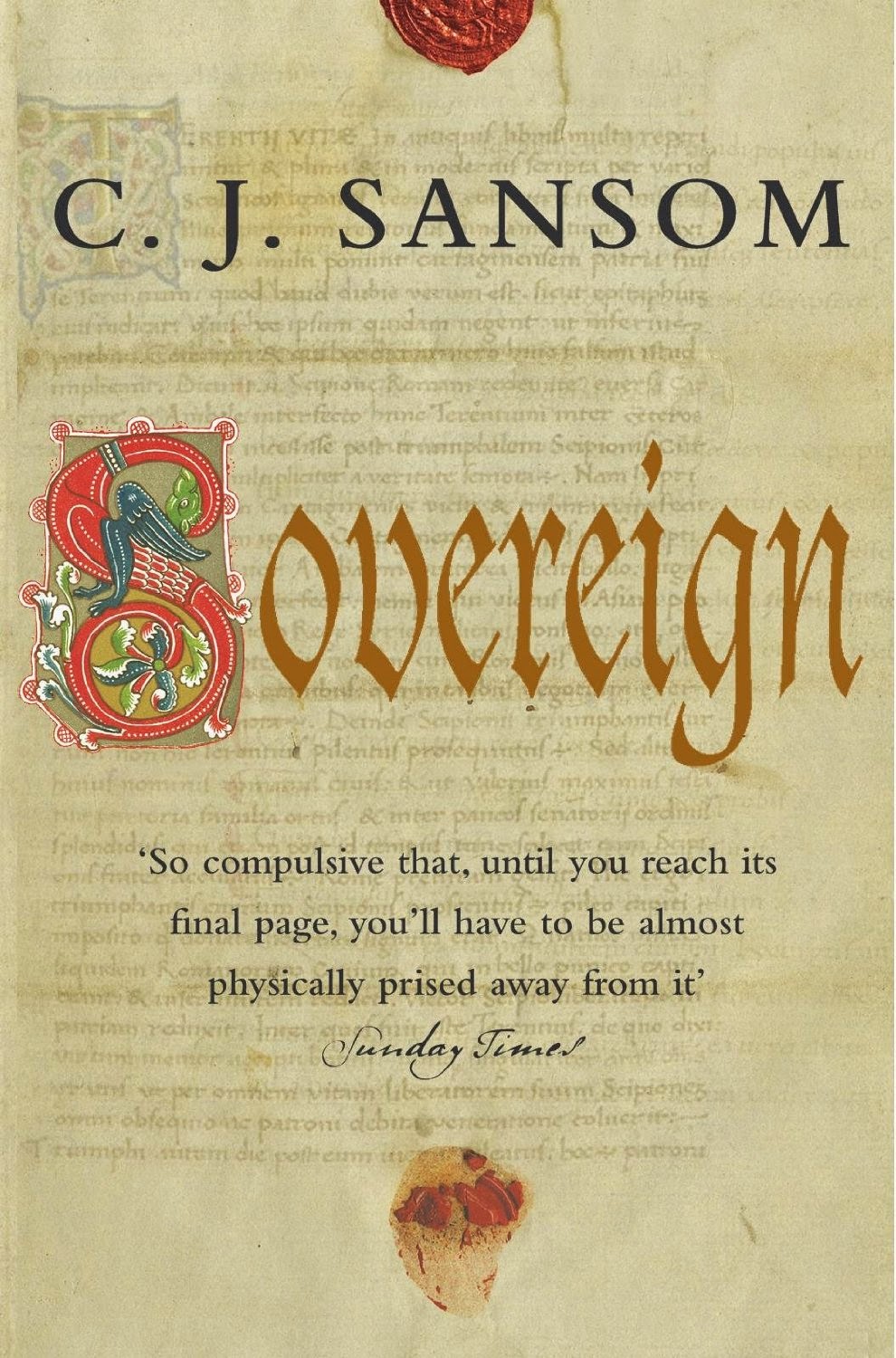 SO, back in January 2011 (that's fricking almost three and a half years ago), I bought my first e-book, and that book was Sovereign. I do not remember how I came by this exact title, but I was probably looking for something that was a little bit, you know, medieval. Something to tide me over while I waited for A Dance with Dragons. Well, the book's been languishing (digitally) for a long while, but a few weeks ago I decided to go for it (again, postponing The Way of Kings and King of Thorns - its so much easier to get some reading done digitally these days; you don't need light to read) and now I finished it. And that says something about how I liked the novel, because I usually take my time. A lot more time than I did with Sovereign.

What I didn't realize until I was a few chapters into the novel was that this book is actually the third book in a series, which means that Sovereign reads pretty darn well without knowing what happened beforehand. It is a stand alone novel, but with some nods to previous adventures.

Sovereign takes place in 1451 1541 (thanks reader) or thereabouts, in the time of the reign of King Henry VIII, who I assume most Ice & Fire readers know (perhaps not personally because that would be spooky in several ways), and features the main character of the series, Matthew Shardlake, a hunchback (is that politically correct?) lawyer but more like a private investigator, complete with his own assistant, Jack Barak.

Now, what draws me to stories like this is not the fact that it is a murder mystery / crime novel, for that is what it is - but the setting, of course. Martin made me appreciate and love the brutal medieval ages and though Sovereign is set in a slightly more civilized time (they have guns, after all - Obi-Wan) there is still room for dank dungeons, heads on pikes, creaking galleys and the emptying of pots into the street - so, in a sense, this story could just as well have been a side adventure taking place in King's Landing featuring Dunk and Egg, in the manner that only the magic is missing.

What surprised me about this novel was how it managed to pull me in, with some of its mysteries and the easy to follow text and pacing. It was so easy to pick it up and continue, with perfectly sized chapters. And the chapters didn't even have to end with amazing cliffhangers to keep me reading; there was just something about it that made me want to see the story through. Not necessarily the "who dunnit?" part of it either (I'm proud to say for once I wasn't dense and suspected the right person all along, although the author did throw a few wrenches into the tale to complicate and confound - lovely). The use of first person (the story is told by Matthew Shardlake) was at once both satisfying in that I felt "close" to the events, like I was following Matthew on his shoulder, and took away a little suspense as I knew he would see it through, but the curiosity lay more in how he was going to pull through. A very few places some matters felt a little contrived, in others I had wished to see more of the "local color" of the setting and time. Still, Sovereign has made me write the other novels in the series - Dissolution, Dark Fire, Revelation, and Heartstone on the wish list.

All in all, a story I'd recommend to anyone who finds the medieval influences in A Song of Ice and Fire to be among the better parts of that saga.

And now I have some catching up to do in the world of ice and fire. I see there's been a buttload of new articles over at Tower of the Hand and there's probably a retweet available at Winter is Coming now, which I enjoy. I feel like I've been away for a while, which I really haven't, it's just I've been so immersed with my own setting this week, compiling material dating back as far as '95/'96, scanning old hand-drawn maps and doodles, rewriting and rebooting setting details and so on and so forth. I love world-building as a hobby, but now I want to take it to the next level and use it all as resource material for fiction. The things a man does while waiting...