Well, this one's gonna be easy because I haven't read much that was published in 2016. The winner is without a doubt Ian C. Esslemont's Dancer's Lament, which I praised right here in this post. For some reason I forget to count Star Wars novels as actual reading experiences (because it's Star Wars which is a thing entirely separate from everything else, at least in my bubble); which means I did read more 2016 novels than I at first thought: the best of them was (again, without doubt) Aftermath: Life Debt, while the rest were so-so mediocre (Bloodline, Catalyst). The rest of the stuff I've been reading this year has been either re-reads or non-fiction, or stuff from 2015 (catching up). Been reading short stories too, both H.P. Lovecraft and Edgar A. Poe have been studied, and even Lord Byron's poetry has been delved into. It was the purchase of a real Kindle (instead of using the free apps for PC and Android) that pushed me into reading more, and more varied. As I like to try writing stuff myself, I know it's smart to read outside my comfort zone/preferences, but I do usually fall back to fantasy. Because it RAWKS. RemindMe!: You still haven't read Steven Erikson's Fall of Light, you clodpate. 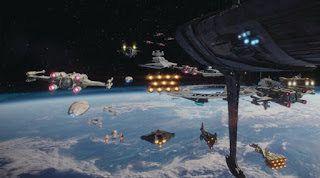 Okay that's a dubious title at least because who knows what my eyes have witnessed? By "visual experience" I mean movies, TV, that kind o' mundanity. Of course. So what did 2016 bring? A WHOLE LOT of course, and I have been oblivious to 99.99% of it; who has time for long movies? I have been to the cinema a total of three times; once for Rogue One (review here) and twice to accompany my sons (kiddie movies). I have bought exactly two blurays for myself this year: Star Wars: The Force Awakens (surprise!) and the sixth season of Game of Thrones (double surprise!). Two favorite franchises, though. So for Best Visual Experience 2016 I really have only two choices, Rogue One and Game of Thrones. Rogue One is a visually stunning movie, no doubt; Game of Thrones likewise, but both had (IMO) flawed scripts.. oh, not to forget I did actually plow through Netflix hit series Stranger Things this year as well. Oh wow, it's a 2016 series, I thought it was 2015. Cool. But was it objectively better than...oh right can't be objective. So few choices, yet so difficult! And pointless, of course. "The best movie of 2016, based on the one film I've seen, is...." According to Rotten Tomatoes, the best movie of 2016 is Zootopia. I believe my boys have seen it. Looking at that website's list makes me want to watch a few of them, though. Hell or High Water, for example. If only movies lasted five minutes. I'll stop rambling and get on with it. I'll give the award out of loyalty to Rogue One. 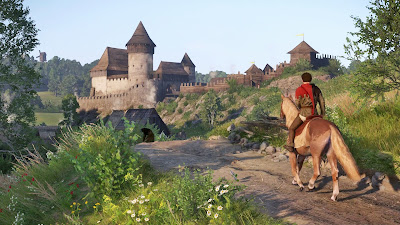 I have actually bought a few 2016 games, none of them well-known. The best video game experience of 2016 is, totally without a doubt, The Witcher III: The Wild Hunt but it's really a 2015 game. But boy do I recommend it, especially if you're a sucker for gritty fantasy tales more than a gamer if you know what I mean. One of few video games that transcend the format and turns into pure fricking art. I remember back when I got my first PC, video games came in huge (okay, somewhat large) boxes with discs and manuals and often something extra, and each box was of a different size making for very cluttered shelves. I prefer buying games on Steam, keeping it nice and tidy, everything in one place, but every once in a while when I'm traversing the attic in search of whatever I stop by the big box of old videogames just to look at them. Good ol' Daggerfall, the huge Medieval II: Total War set complete with a miniature, games with cloth maps...mm. Same thing with music, really. I've got all my music and then some on the PC, but it's just so much more involving to play a real album with the booklet in hand. Times are a-changin' all right. ANYWAY. Let's see I'm a sucker for dungeon crawlers as mentioned numerous times and I did buy a few of them; it's been a good year for those who like to plunge into the depths of unforgiving and hostile monster-infested crypts and such. Fantasy for the win! The most obvious contender is Baldur's Gate: Siege of Dragonspear, an expansion to the much older Baldur's Gate, my favorite game of all time (though The Witcher III is usurping the throne). It should have been the no-brainer best video game of 2016, but honestly I wasn't too enamored with it, losing interest too soon. It was pretty true to the original (and its sequel) but the story wasn't as cohesive as I would have liked, the maps were too small, and the quest journal was confusing, to the point I wasn't sure what I was supposed to do. Will probably pick it up again once I'm done witching. The Deep Paths: Labyrinth of Alcohol Andokost was another 2016 title I played/am playing; a very simplistic but punishing 'trve' dungeon crawler that at times gave me the thrill of exploring the dark unknown; scratching the itch left by games such as Eye of the Beholder, Lands of Lore, Dungeon Master and Legend of Grimrock. A similar game I tried (but gave up on fairly quickly) was Castle Torgeath. I'll stop rambling and just say that the best game of 2016 was actually postponed until next year, but as an early bird I got to play the game's early hours, and that game is Kingdom: Deliverance, which faithfully recreates medieval Bohemia and allows you to roleplay your way through actual history for a change. I thought the beta was pretty interesting and compelling, can't wait to see what an extra year of polish (or was that Czech) will do.


This is the big one for me. I'm a geek but I'm even more a metalhead, hopelessly devoted to its crushing epicness of epicality. Rawr. Throughout the year I've been listening to much / too much - but far from everything - and given each album released in 2016 a score, slowly building up a Best Of list that actually counts 77 albums at the moment (I still have five or six 2016 albums I haven't listened to enough, including the year's absolutely biggest release, Metallica's Hardwired...to Self-destruct). When you see it this way, it is pretty nerdy. Without further ado, here are my top fifteen picks of the year. And with that, I wish you all a nice last week of the year. To prove I'm not narrow-minded when it comes to music, #13 is actually an Italian symphonic prog rock band :-D 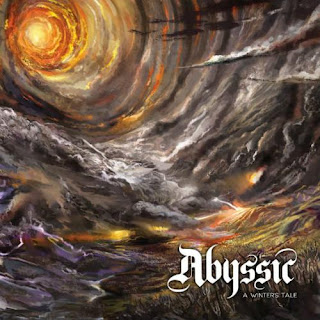